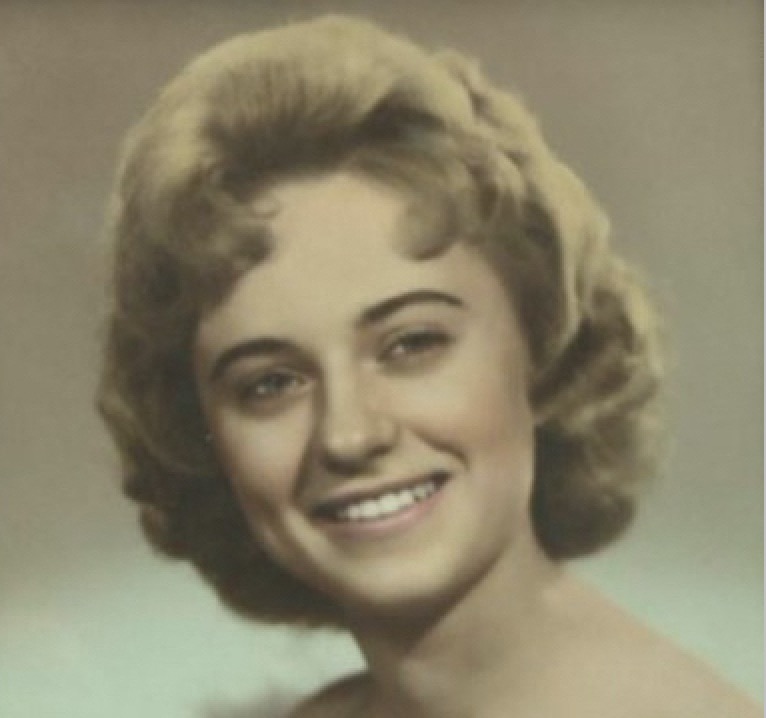 The nearly nude body of Mrs. Geraldine Maggert, 25, was discovered in a wooded ravine near the Coralville reservoir in Johnson County on Saturday, April 6, 1968. Boy Scout troops hiking about four miles northeast of North Liberty stumbled upon the body at a popular party and picnic area known as “The Rock.”

An autopsy showed the Cedar Rapids woman died from a beating and exposure; she also was about three months pregnant.

Because Maggert’s body was discovered on federal property, the Federal Bureau of Investigation (FBI) was called into the investigation. Officials conducted an extensive air and ground search and dragged the Iowa River in search of the woman’s clothing or any other personal items, but were unable to locate those items or the weapon used in her murder.

No identification existed on or near the body, and after releasing a composite to local media, Maggert’s family and co-workers recognized her and contacted authorities.

Maggert was divorced from her husband, Richard Maggert of Ithaca, New York, and the couple had a four-year-old daughter, Richine, who lived with Maggert in a second floor apartment at 3111 1st Ave SE in Cedar Rapids. The single mother worked as a secretary at the Cedar Rapids Urban Renewal Relocations Office.

Richard Maggert told police he’d spoken to his ex-wife by phone in recent weeks, but knew nothing about her death. The day following Maggert’s funeral in Elkader, Iowa, Richard Maggert flew to Cedar Rapids to meet with police and voluntarily submit to a lie detector test; he passed, and has never been considered a suspect in Maggert’s murder.

On Friday, March 22, Maggert’s parents, Roslyn and Lester Lempke arrived early in the morning to take their granddaughter for a visit at their Elkader farm. Once they’d gone, Maggert called in sick and said she wouldn’t be coming in that day.

Just before 12 p.m., Maggert was seen leaving her apartment and carrying a suitcase. She then went to her local bank, where she withdrew funds.

Maggert didn’t report to work the following week, and concerned co-workers first checked Maggert’s apartment before telephoning the Lempkes. The couple stated they’d not known Geraldine had plans to go anywhere, but felt perhaps she may have flown to New York to see her ex-husband.

The co-workers drove to the Cedar Rapids airport, where they found Geraldine’s car, and so assumed she had in fact gone to New York to see Richard.

Mrs. Lempke, however, still felt ill at ease; she felt certain her daughter — the Lempke’s only child — would have informed her of any plans to leave the state or go on a trip.

Mrs. Lempke made the two-hour trip to Cedar Rapids and went to local police to notify them of her concerns. Officers accompanied Mrs. Lempke to Maggert’s apartment, where police climbed a ladder in order to gain entrance to the apartment. Once inside, they found neither Maggert nor any signs of a struggle, but noted the young woman’s suitcase was missing.

Nearly three months after Maggert’s body was found near the Coralville Reservoir, Johnson County Attorney Robert Jansen told the Cedar Rapids Gazette local officers and state agents were still investigating “occasional leads” but were not yet “close to an arrest.”

In the June 27, 1968 article, Jansen said agents originally thought Maggert’s murder might somehow be connected to that of Sheila Jean Collins — a 19-year-old Iowa State University freshman whose partially clad body was found January 28 near Colo, Iowa — but told the Gazette, “Now we feel there is a 99 percent chance of no connection.”

KWWL reporter Kristin Rogers spoke with Geraldine’s daughter, Richine Sartain, in March 2017 about the 49th anniversary of her mother’s unsolved murder. Sartain said she hadn’t heard anything from investigators for several years.

“They kind of just said at the time you know it wasn’t looking good; they just didn’t have anything to go on,” Sartain said KWWL’s March 22 story. “Some of the depositions were gone, missing, and so I haven’t really heard anything since then.”

The Johnson County’s Sheriff’s Office told KWWL they’d looked at Geraldine’s case for a while but that it was not being looked at right now.

She married Richard Maggert but the couple later divorced. They had one child, a 4-year-old daughter, Richine, who lived with Geraldine in Cedar Rapids.

Geraldine worked as a secretary at the Cedar Rapids Urban Renewal Relocations Office. She was last seen alive March 22, 1968, according to the Social Security Death Index.

Private memorial services were held at 2 p.m. Tuesday, April 9, 1968, at the Peace United Church of Christ in Elkader. Geraldine is buried at the Elkader Cemetery in Clayton County.

If you have any information about Geraldine Maggert’s unsolved murder, please contact the Johnson County Sheriff’s Office at 319-356-6020.