Still Ours … but outside Iowa’s jurisdiction

Though nearly all cases listed here on Iowa Cold Cases are handled by investigating agencies at Iowa’s local or state level or the FBI, a few cases do exist where the victim had Iowa ties but the case is currently under another state’s jurisdiction.

For example, 21-year-old Tammy Zywicki grew up in Evansdale, Illinois, but was on her way back to school at Grinnell College in Grinnell, Iowa, in 1992 when she went missing. She was found dead in Lawrence County, Missouri, although her case falls under the Illinois State Police jurisdiction and the FBI’s Chicago division.

Other victims, like Neal Townsend and Alicia Hummel, spent an entire life in Iowa, only to be killed elsewhere.

This page includes cases investigated by other states but where family members and/or friends asked us to include the victim’s information here because they were “still one of ours.” You’ll find the respective investigating agency contact information on each of these pages. 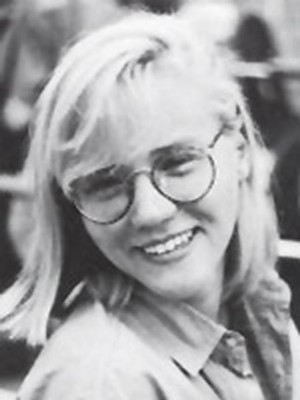 Tammy J. Zywicki, a 21-year-old Grinnell College student, departed Evanston, Illinois, Sunday, Aug. 23, 1992, to return to school in Grinnell, Iowa, where she planned to arrive that evening. Later that day, an Illinois State Trooper found Zywicki’s car — a 1985 Pontiac T1000 with New Jersey license plates — and ticketed it as an abandoned vehicle.

On Sept. 1, 1992, Tammy’s body was found along Interstate Highway 44 (I-44) in rural Lawrence County, Missouri, located between Springfield and Joplin.

The petite blonde female had been wrapped in a red blanket bound with duct tape, been sexually assaulted, and stabbed eight times — once in the arm and seven times in a circle around her heart. Read more about Tammy’s case. 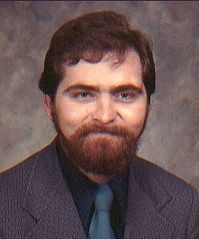 Neal Townsend, a lifelong Anamosa, Iowa resident who served as an industrial counselor for the Citizen’s Committee on Alcoholism and Drug Abuse, left Iowa and went to work as a police officer for the Lava Hot Springs Police Department in Bannock County, Idaho, in July 1975.

Two months after his arrival in Idaho — and after discovering local law enforcement’s involvement in illegal drug activity — Townsend died in his apartment from a .38 caliber gunshot wound to the stomach. Bannock County and Lava Hot Springs officials quickly ruled his death a suicide, and, ignoring evidentiary protocol in suspicious deaths, neither requested an investigation nor requested an autopsy. Instead, they automatically ruled Townsend’s death a suicide, and the police chief later illegally sold Townsend’s .38 service revolver.

With his homicide labeled as a suicide, Neal’s daughter fought for decades for answers in his death, all the way from local officials to the state, the Governor, the Department of Justice, the FBI and President Bill Clinton. Four decades later, she’s still searching for answers.

The Lava Hot Spring police chief and other law enforcement officials were fired not long after Neal’s death. Read more about Neal’s case.

Alicia Marie Hummel, a 29-year-old from Sioux City, Iowa, was found dead in the Missouri River the afternoon of Monday, June 1, 2015, near the shore at a boat dock in Myron Grove, South Dakota. The area — also known as the Highline Area — is about seven miles west of Vermillion.

A state boat ramp attendant made the discovery around 3 p.m. Monday, and authorities are investigating Alicia’s death as a homicide.

According to a Sioux City Journal article dated June 24, 2015, Hummel had gone fishing June 1, the first day of a vacation from her job at Siouxland Family Center in Dakota City, where she taught Early Head Start classes for infants and toddlers. Read more about Alicia’s case.