Our mission is to educate the public about these open cases, share and exchange resources in efforts to publicize these unsolved crimes, and ensure every victim’s story is told and kept alive until those responsible are held accountable. We work with law enforcement officials at the county, state, and federal level, often serving as a liaison between investigators and those providing information via our website.

As an extension of the Iowa Cold Cases website, ICC’s Facebook page serves as a hub for cold case anniversary notifications and ongoing conversations. Our blog highlights cold cases in the news, recent arrests and upcoming trials, and also features guest blogs and family members’ remembrances.

Our History and Highlights 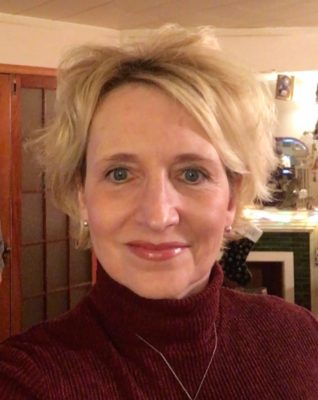 Writer Jody Ewing launched the Iowa Cold Cases website in 2005 after researching and writing a cold case series for the Sioux City Weekender. Her first in the series — the 1974 triple slaying of two young men and a pregnant woman shot execution style in the rental home they shared — would pose a new kind of challenge for the west-central Iowa author and set the stage for a long-term commitment to tracking down every unsolved case.

No statewide compendium of unsolved murders existed in Iowa — nor in any other U.S. state — and few police departments or sheriffs’ offices included unsolved homicides on their respective websites. Little to no information existed on the Internet for the vast majority of cases more than than a few years old. Many victims and case histories were relatively unknown outside communities where the crimes occurred, and some victims’ lives and stories hadn’t been publicly profiled in decades.

Ewing systematically designed a framework and spent more than two years fine-tuning a first-of-its-kind website she hoped other journalists and researchers would find useful and easy to navigate. Case names are listed alphabetically and cross-referenced by city, county, specific years and decades, with an individual case summary page created for each victim.

The Iowa Cold Cases website currently features nearly 600 unsolved cases, including Ewing’s stepfather of 25 years, Earl Thelander, who in 2007 lost his life at the hands of copper thieves. 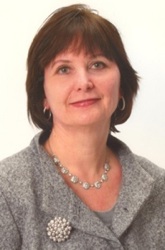 Meier’s eight-year-old sister, Valerie Peterson, was killed in a hit-and-run in 1971 while riding her bicycle along a Manson, Iowa road. Her unsolved murder propelled Meier into a public service career distinguished by worldwide victim advocacy.

She has worked tirelessly with Iowa legislators in support of resurrecting the Iowa Division of Criminal Investigation’s official Cold Case Unit.

In July 2010, NBC affiliate WHO-TV Channel 13 in Des Moines aired a special series each Thursday evening profiling a different Iowa unsolved murder or missing persons case. Based on the feedback and interest, WHO-TV reporter Aaron Brilbeck asked Iowa Cold Cases to partner up to continue with Channel 13’s weekly cold case series. Those stories — which aired from July 1, 2010 through February 4, 2011 — may be found on the ICC Videos page.

Today, most Iowa broadcasters and city newspapers play an active role in profiling Iowa’s cold cases, and we give many thanks to WHO-TV — along with KCRG-TV9 News and KCCI News 8 — for reminding Iowans that a loved one’s unsolved murder or disappearance has not been forgotten.

As ICC has grown, several individuals have also contributed invaluable time and efforts toward our goal of recognizing and remembering Iowa’s victims. Genuine gratitude goes out to Kimberly Frazier, Alice de Sturler of Defrosting Cold Cases, Andrea Olmanson, Doug Beard, Kerry Connolly, Waterloo Police Investigator Brice Lippert, and Carol Kean, who stepped up to post the anniversary cases on ICC’s Facebook page in 2018 after Jody’s breast cancer diagnosis. These cases are just as personal to Carol; her sister Julie Benning disappeared from Waverly the day after Thanksgiving in 1975, and Julie’s remains weren’t recovered until nearly four months later on March 18, 1976. More than four decades later, Julie’s case remains unsolved despite solid leads pointing to her killer.

Countless others have shared our passion to get the public involved and see these stories told, and our last annual statistics indicate a growing public awareness; in 2018, Iowa Cold Cases had a record 6,196,293 page views during 967,260 visits to our website. Of those 967K+ visits, just over 662K were unique visitors.

Iowa Cold Cases continues its mission to bring together, under one roof, a comprehensive accounting of all Iowa unsolved homicides and missing persons cases. We strive to serve somewhat as a hub where victims’ family members and others may share and exchange information as we work toward one prevailing goal: to see these cases closed.

Photos and news reports are always welcome. If you are interested in conducting research and/or writing for Iowa Cold Cases, please contact us.

This site is dedicated to Iowa’s cold case victims, their family members and friends, and the countless law enforcement officials and others who’ve committed their lives to seeing justice served and making a difference.

Thank you, one and all, for taking time to visit.