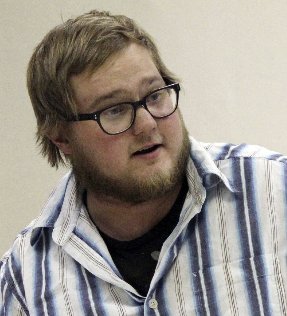 Ethan Kazmerzak, 22, was reported missing to the Hampton Police Department in Hampton, Iowa, on September 15, 2013.

He was last seen in rural Hampton around 12 a.m. Sunday, Sept. 15, 2013, and wore a teal/white printed shirt and peach/orange shorts.

According to findethan.com, Kazmerzak was seen in several area pubs on Sept. 14, including Pit Row and the Red Moose in Hampton as well as Duck’s in Aredale. He reportedly was last seen at a party at a gravel pit pond located behind a house in the 1400 block of 190th Street.

Police say Kazmerzak’s cell phone was last used around 12:30 a.m. on Sept. 15 at the intersection of 190th Street and Olive Avenue, and that his ATM card has reportedly not been used since Sept. 14.

He is described as a 5-foot-5 white male with dark blond hair and blue eyes and weighing between 150 and 185 pounds. He also wears glasses.

Distinguishing marks include a beard and a Grateful Dead tattoo on the left upper arm.

Since his disappearance, both the Hampton Police Department and the Franklin County Sheriff’s Office have been following up on any new leads. 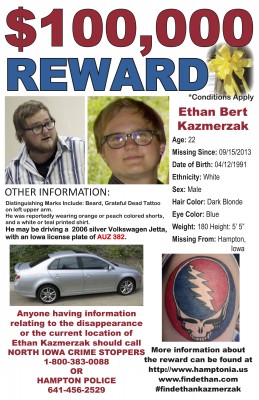 A $100,000 reward is offered for information in Ethan Kazmerzak’s disappearance, and although the reward was set to expire by year’s end in 2015, the Hampton Police Department said the reward may be extended at the discretion of the offeror.

Information on how to submit a claim for the reward may be obtained by calling one of the phone numbers listed above. 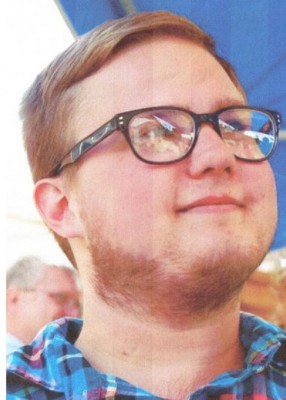 According to NamUs, a DNA sample has been submitted and tests are complete. Dental information and charting has also been entered and is available.

Fingerprint information is not currently available.

Anyone with information relating to the disappearance or current whereabouts of Ethan Kazmerzak should contact the Hampton Police Department at (641) 456-2529 or North Iowa Crime Stoppers by texting “641TIP” to 274637 (CRIMES on most cell phones) or calling 1-800-383-0088.