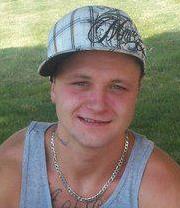 According to a Muscatine Journal article published Friday, October 19, 2012, police at the time treated the death as a suicide, though the family believed from the beginning Netherland was murdered.

“I’m not giving up until justice is served,” Netherland’s mother, Penny McDonnell, told the Journal.

In the same article, Lt. Jeff Jirak of the Muscatine Police Department said the death report had not yet been finalized and the incident was still under investigation.

Iowa Cold Cases has reviewed crime scene photos, pre-autopsy photos, and also obtained copies of all police department taped interviews with those [still] at the crime scene the night of Charles’ death, as well as follow-up interviews. Witness statements — at least those provided to Muscatine police that night — were not consistent with crime scene photos and included three conflicting versions of events leading up to Netherland’s death.

The missing puzzle pieces in Netherland’s death started falling into place when other witnesses stepped forward to describe the series of events occurring that night; these particular individuals had witnessed the crime, the clean-up and other evidence tampering, but were asked to leave the Mulberry Avenue home before police arrived because the guests/witnesses were underage.

On October 19, 2012, Netherland’s friend, Steve Booth of Muscatine, organized a peaceful protest outside the Public Safety Building at 312 E. Fifth Street. About 8 a.m., approximately 20 people began marching around the building, carrying signs reading “Justice for Charles” and calling for police to look further into the case.

“They didn’t put up crime scene tape and they let people walk around the scene hours after it happened,” Booth told Journal reporter Joe Jarosz, adding that he also heard someone say that a person “came down the stairs laughing” after the shooting (entirely hearsay and is not consistent with the subject’s response after learning Charles hadn’t survived the gunshot wound).

Jirak did not respond to allegations made at the demonstration, but said the department had no problems with the protesters being there as long as it remained peaceful.

“We’re continuing to follow though with leads, waiting for the autopsy report and doing our diligence for the case that we do for all our other cases and the evidence and facts will lead us to a conclusion with the case,” Jirak said.

Mother sets up Facebook page for son, reaches out to other victims’ families 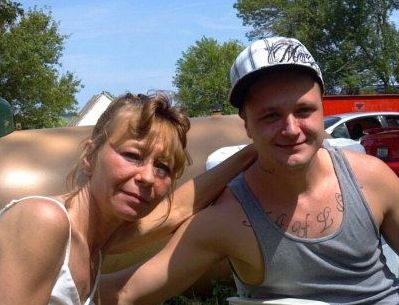 She told the Muscatine Journal she’d contacted several lawyers and wanted the “feds” involved in the investigation because she didn’t believe her son killed himself.

“They told me they’re going with suicide because of the police’s investigation,” she said in the Journal’s October 2012 story.

Netherland’s blood alcohol content (BAC), was initially rumored to be as high as .3, but the official autopsy report places the BAC at closer to .2 at the time of the shooting. 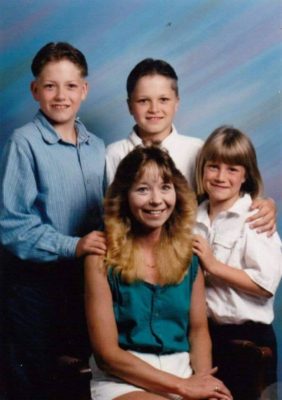 McDonnell has added dozens of photos to her son’s Facebook tribute page, and since his death has regularly monitored updates on cold cases all across Iowa.

Whenever she sees an anniversary post on Iowa Cold Cases’ Facebook page, she’s quick to reach out and offer words of comfort to the victim’s loved ones. She empathizes with their loss, extends her condolences, and keeps her thoughtful comments focused on hope and finding answers.

Occasionally, she’ll mention her own son’s death — her way of connecting with those who share similar grief — but in her comments one will not find attacks against law enforcement or angry outbursts.

Somehow, by soothing others’ wounded hearts, she’s found her own source of solace while still seeking justice in her son’s death.

Charles Netherland’s Facebook tribute page may be found at https://www.facebook.com/RipCharlesNetherland.

Charles William “Binx” Netherland was born January 20, 1987, in Davenport, the son of James Netherland Sr. and Penny (Willet) McDonnell. He loved to fish, hang out with his family and friends and spend time with his daughter, Taylor.

Funeral services were held Friday, August 24, 2012, at 1 p.m. at the Runge Mortuary in Davenport, with visitation one hour prior to the service. 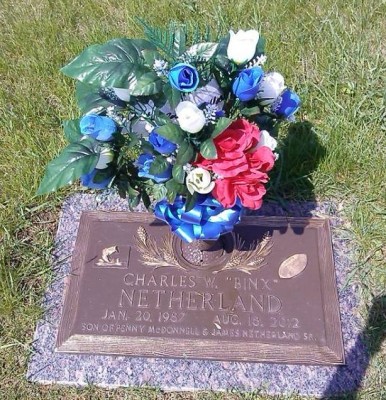 Online condolences may be left at www.rungemortuary.com.

He was preceded in death by a brother Brad in infancy.

Anyone with information regarding Charles Netherland’s death is asked to contact the Muscatine Police Department at (563) 263-9922 or contact the Iowa Division of Criminal Investigation at (515) 725-6010 or email dciinfo@dps.state.ia.us.