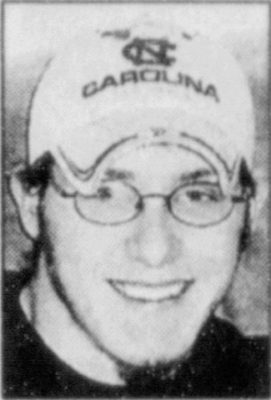 Eight days after a new Iowa hit-and-run law went into effect, Matthew Adam Carter, 21, was struck and killed by a hit-and-run driver in the early morning hours on Sunday, July 9, 2006, while walking home from a camping outing with friends and family members near Monticello, Iowa.

Carter, of Hopkinton, had traveled about 3.5 miles before being struck on Jones-Delaware Road southwest of Hopkinton.

Under the new law, which went into effect July 1, 2006, anyone leaving the scene of an accident causing serious injury or death could face felony charges and up to five years in prison.

According to Carter’s mother, Monica Bales, also of Hopkinton, her son left about 1:30 a.m. Sunday and was walking home to see his fiancée.

Carter’s sister, Samantha Bales, 19, found her brother’s body on the road around 6:17 a.m. Sunday while driving home from the outing. She immediately called 911.

“As soon as I got close enough to see, I knew it was him,” she said in a Cedar Rapids Gazette article dated Tuesday, July 11, 2006.

Deputies responding to a report of someone lying in the road about 6:25 a.m. found Carter’s body just under a mile east of the 255th Avenue intersection, west of Hard Scrabble County Park.

Iowa lagged behind other states in passing legislation

Prior to the new law enacted July 1, 2006, Iowa had been one of just six states where it was not a felony for someone to flee the scene of a crash after killing someone. Before July 1, those accused of leaving the scene of a deadly accident were charged only with an aggravated misdemeanor and faced up to just two years in prison, Tom Barton wrote in a Waterloo Cedar Falls Courier article published two days after Carter’s death.

While family members and friends of hit-and-run homicides said they were pleased by the upgraded penalties, many loopholes remained. The Courier said that despite the stricter penalties, the difficulties in prosecuting such cases were no less easier.

“The worst part about the law is we have to prove that the defendant knew or should have known that they hit someone; that they caused significant injury and were responsible for rendering aid,” Assistant Black Hawk County Attorney Charity McDonell told The Courier. “And the new law doesn’t change that requirement.”

The loophole, in fact, seemed to encourage drunk drivers to leave the scene of any hit and run; drivers found guilty of causing death while operating while intoxicated faced up to 25 years in prison, with a mandatory provision the individual serve at least 70 percent of the term.

In fatal hit and runs, however, the question arose as to whether or not someone might have been so intoxicated they weren’t aware of what was happening around them.

It made it more difficult, McDonell said, to punish someone for a crime when he or she didn’t even know they’d broken the law.

In the July 11, 2006 Courier story, Tama County Attorney Brent Heeren said awareness on the part of the driver should not matter.

“The rule should be you stop and make sure the person is OK. If I think I hit a dog, I better be stopping to make sure it was a dog,” Heeren said.

And while Iowa law enforcement officials and legislators have said increasing the new penalty might help reduce by serving as a deterrent, area county attorney’s said Iowan’s are largely unaware of the law.

“The vast majority of the public do not know what the punishments are for the crimes they commit,” McDonell said, adding, “If they’re going to leave, they’re going to leave. If they have something to hide, they’re not going to stick around. They’re just thinking, ‘Oh crap! I don’t want to get in trouble.’ It doesn’t matter if they’re facing an aggravated misdemeanor or a felony.”

Sheriff’s deputies in Delaware and Jones counties investigated the death, and on Monday, July 10, 2006, Delaware County Sheriff John LeClere said officials had not yet identified a vehicle in Carter’s death but were doing everything they could to find it.

Monica Bales said her son had been drinking but that he was not impaired. “He was fine when we last saw him,” she told the Gazette.

She said she did not know enough about the extent of his injuries to judge whether his life might have been saved by prompt medical attention.

His fiancée, Melissa Murray, 23, of Hopkinton, described Carter as “the perfect guy, my best friend.”

Samantha Bales said her brother was “always smiling and happy, always there to help.”

The family held a benefit auction and fundraiser for Carter at 6 p.m. on Saturday, Nov. 11, 2006, at Legacy Lanes in Monticello.

A reward for information about Carter’s death went unclaimed. 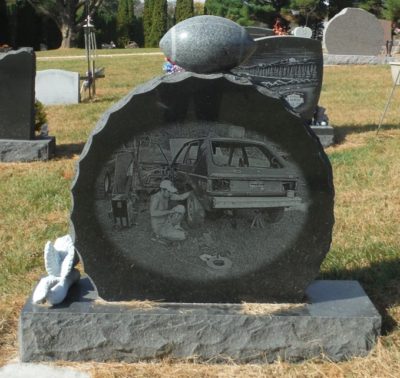 He worked as a welder and auto mechanic who stopped a year short of graduating from Maquoketa Valley High School in Delhi.

Memorial services were held at 11 a.m. Friday, July 14, 2006, at Goettsch Funeral Home in Monticello, with interment following in Hopkinton Cemetery in Delaware County.

At 10:54 p.m. on Valentine’s Day, 2014, Joan Haggar of Des Moines was struck by a hit-and-run driver in the 900 block of E. Euclid Avenue in Des Moines. She later died at Mercy Medical Center.

Haggar lived several blocks away from where she was hit. 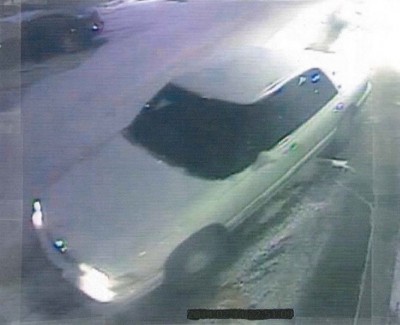 Courtesy photo Special to the Register/Des Moines Police Department
Des Moines police believe the driver of this vehicle may have information regarding a fatal hit-and-run on Friday, Feb. 14, 2014.

Haggar had almost finished crossing Euclid on foot heading north on Friday night, police said, and was in the northernmost lane when the westbound vehicle hit her.

The driver did not slow down or stop after the collision, police said.

Traffic investigators spoke with a witness who provided the only vehicle description as a mid-sized car.

The Des Moines Police Traffic Unit is investigating the fatal hit and run collision and asking for help from the public in locating the suspect and his or her vehicle.

Images later retrieved from video footage show the possible suspect vehicle may be a silver or gray mid-size 4-door sedan similar in size to a Ford Taurus or Chevy Impala. 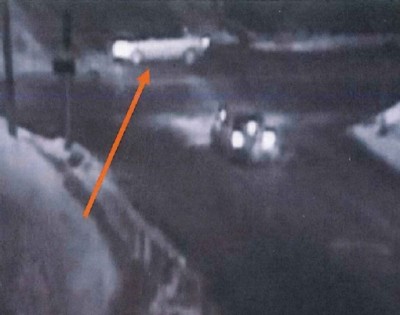 The video surveillance footage — captured at Cornell Street and Euclid Avenue a short time after the accident took place — indicates where the suspect’s vehicle would have entered the intersection at the approximate moment following the crime.

The Des Moines Police Department asks that anyone who may have been in the area and may have seen this incident to please come forward with any information on the driver’s identity or car’s current location.

The car may have sustained damage to the front and/or windshield and may have been taken to a body shop for repairs in the days following the fatal hit-and-run.

She passed away Saturday, February 15, 2014, at age 52 after being struck by a hit-and-run driver in Des Moines.

Joan was employed by Sodexo and ADP, and she enjoyed her job and coworkers. She liked dressing up and shopping and took pride in decorating her home. She enjoyed searching for bargains at thrift shops and playing gin rummy.

Her parents preceded her in death.

Anyone with information on the location of the vehicle or identity of the driver is asked to contact the Des Moines Police Department at 515-283-4811 or Polk County Crime Stoppers anonymously at 515-223-1400.

Polk County Crime Stoppers is offering up to $1000 for information leading to an arrest, and the Des Moines Police Department will match that reward for a total potential $2000 reward.

The Des Moines Police Department also requests that any auto body shops or car-tow service who may have information about a vehicle that sustained damage consistent with a collision to a human body to contact police.