On Tuesday, October 26, 1897, Patrolman Pitt McClellan Doxsie, 34, was shot and killed in Independence, Iowa during a gunfight with two thieves. Patrolman Doxsie had been patrolling the city’s downtown area on horseback when he stumbled on a burglary in progress.

His body was discovered in an alley, and neither of the two thieves were ever apprehended. 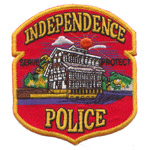 If you have any information regarding Patrolman Pitt McClellan Doxsie’s unsolved murder, please contact the Independence Police Department at 319-334-2520 or the Buchanan County Sheriff’s Office at 319-334-2568.