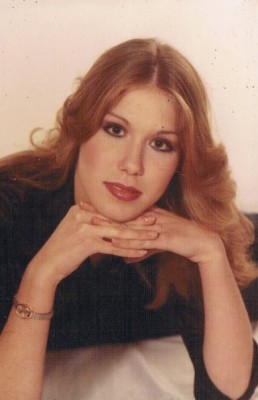 Corinne Perry, 17, had everything going for her.

The Creston High School senior had just earned a scholarship to college and planned to double major in psychology and acting. She belonged to the school’s mime troop, acted in several school plays, and also participated in Speech contests.

She was last seen Sunday, April 17, 1983 at a coin-operated laundromat in Creston, Iowa. According to authorities, a man walked out of the laundromat right behind the teen sometime between 8:30 and 9:00 p.m. the night she disappeared.

The following day, her car — with the clothes neatly folded and lying on the seat — was found parked at the laundromat. Her purse turned up on a highway bridge seven miles away between Kent and Lenox, Iowa.

The close friends with whom Corinne spent much of her time were instrumental in helping get out flyers and raising money toward a reward fund.

Three weeks after she went missing, Gerald Shanahan, chief of the Iowa Division of Criminal Investigation (DCI), announced a $2,500 reward for information that would help authorities locate the popular senior high student.

On the one-month anniversary of Perry’s disappearance, Iowa Governor Terry Branstad conditionally approved a proposal to remove the 72 hours some law enforcement agencies were required to wait before asking the DCI for help in missing person cases with suspected foul play.

A law enforcement officer at the event said some agencies would take immediate action if cases seemed to involve foul play, while other agencies might wait 24 hours.

A DCI official said most agencies had to wait 72 hours before asking for state investigators’ help.

“I have no problems with removing [the 72-hour wait],” Branstad said on Tuesday, May 17, 1983, as reported by the Dubuque Telegraph Herald.

Joining him were Noreen and John Gosch, parents of missing Des Moines paperboy Johnny Gosch, Corinne Perry’s sister and her mother Barbara Perry of Creston, and the directors of the national non-profit organization “Child Find.”

National Missing Children’s Day — an annual United States observance designed to highlight the problem of child abduction — falls on May 25 in honor of 6-year-old New Yorker Etan Patz, who disappeared May 25, 1979 on his way to school.

On Tuesday, Nov. 27, 1984 — nearly two years after Corinne went missing — her remains were discovered near a creek bed in a shallow grave south of Creston between Kent and Lenox, fairly close to the bridge where her purse had been found.

Due to the length of time since she’d gone missing, the coroner could not establish how she died.

Creston High School responded to news of Corinne’s death by starting a Drama scholarship in her name.

When Corinne’s family learned that a man who used to live in Southwest Iowa was discovered to have killed several women in Kansas City, they alerted the DCI, but no definite connections were ever made.

When the DCI established a Cold Case Unit in 2009, Corinne Perry’s murder was one of approximately 150 cases listed on the Cold Case Unit’s new website as those the DCI hoped to solve using latest advancements in DNA technology. 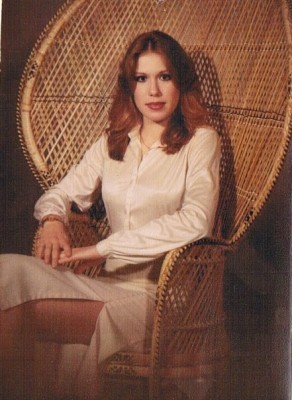 Corinne Elaine Perry was born to Donald and Barbara Perry on August 28, 1965, at an air base in Libya where her father was stationed with the Air Force.

In addition to her parents, she was survived by three siblings.

Corinne’s father passed away in 2001 without answers in his daughter’s unsolved murder.

Corinne was laid to rest at Prairie Rose Cemetery in Corning, Iowa, in Adams County.

Anyone with information regarding Corinne Perry’s unsolved murder is asked to contact the Iowa Division of Criminal Investigation at (515) 725-6010, email dciinfo@dps.state.ia.us, or contact the Creston Police Department at (641) 782-8402.